One of the most coveted and precious metals on earth is silver. Notable for its versatility and malleability, humans have used silver for millennia. It is found in the earth’s crust in various concentrations. Silver is used in many different ways, including in coins, jewelry, tableware, and other objects.

You may be surprised to learn that silver can be found in nature in many different forms. In this article, we’ll explore where to find silver and how to use it.

Silver is a precious metal that occurs naturally on the earth. It is found in many different ores, including copper, lead, zinc, and gold. In nature, silver can be found as an elemental metal or as a compound.

Where Is Silver Found in Nature? 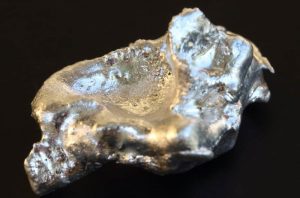 Silver is a unique metal that can be found in nature. The best places to look for silver are in regions with a high concentration of hydrothermal and also volcanic eruptions. Silver may be uncovered all around the world. The origin of silver is a long and eventful one, extending back thousands of years. This precious metal has been used in a wide variety of ways. Silver was first employed as a kind of payment in ancient times, but, over the years, it has been put to use for a wide range of applications, including the production of jewelry and utensils. The use of silver in photography is without a doubt one of the most interesting aspects of the history of this precious metal. Because of its one-of-a-kind combination of qualities, silver has been a significant aspect of the photographic process ever since the invention of the photographic art form. Silver has a long and illustrious past, but it continues to play a vital role in our lives even now. This multipurpose metal may be found in a wide range of applications, from the electrical industry to the medical field. In addition to that, jewelry and other forms of decoration still often make use of this material.

Discovering pure silver, whether in the form of lodes or nuggets, is an extremely rare occurrence in the world of mineral exploration. Instead, silver is often produced in the form of mineral deposits, alloys, or in very small amounts mixed with other types of ores. As a consequence of this, the extraction of silver is typically a part of larger operations, and it is only one of the many products that may be extracted from mining. Silver can be found all over the technological devices that we use on a daily basis, as well as in other areas that you’d never typically find it. Silver is a precious metal that has great worth to investors, and it is also one of the most helpful components in technology today.

The combination of silver and gold in an alloy, which we now call electrum, is one of the most common and ancient forms in which silver may be found. Nevertheless, silver is typically extracted from mineral sources such as chlorargyrite, argentite, and galena. This is the more common extraction method. Silver is found in nature in a variety of compounds, most notably silver compounds like silver sulfide and silver nitrate. Silver can also be found in minerals like argentite and chalcopyrite and in a few rare elements like silver. Finding silver in the outdoors may be accomplished in a variety of ways.

One strategy is to search in areas where there has been a volcanic eruption or landslide in the recent past. These occurrences have the potential to bring about physical changes in the earth, which then expose previously hidden reserves of silver ore. Another method for finding silver is to search for places where there is a significant concentration of minerals in the ground. To locate these areas, you are going to require the assistance of a geologist who is very skilled. After locating a region that has a significant quantity of minerals, there are a number of approaches that may be used to extract the silver. The practice of panning is one of the methods for extracting silver. During this procedure, you will be using a pan to stir the water around in a specified region until the dirt and pebbles have settled to the bottom of the pan. The lighter materials, like silver, will be floating on top of the water while the heavier ones will be sinking. After that, you may gather your results by removing the top layer of sediment.

Where does silver come from? 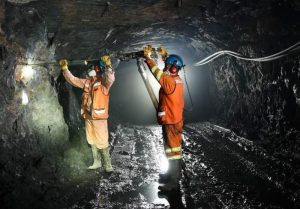 Silver is one of the most popularly used metals in the world. Silver is found all over the world, but the biggest producers are Mexico, Peru, China, and Australia. Silver is typically mined from ore that also contains lead, zinc, or copper. Once the ore is mined, it’s crushed and heated until the silver separates from the other metals. After it’s been purified, it’s ready to be turned into jewelry, coins, or other decorative items.

Silver is mostly found in silver mines but can also be found in other places such as lead and gold mines. Silver is mined using different methods such as open-pit mining, underground mining, and lode mining.

How Is Silver Used?

Silver is used in many different ways, the most popular of which is jewelry. It’s also commonly used in coins, electrical wiring, and various medical procedures. In recent years, silver has been used more and more as an alternative to traditional metal alloys. This is because it doesn’t corrode or tarnish as easily, making it a more reliable choice for long-term use.

As a natural element, silver can be found in many different parts of the world. The most common sources are mineral deposits and water impurities.

What Are the Benefits of Silver?

Silver is an effective antibacterial agent that can eradicate a wide variety of microorganisms, including bacteria, viruses, and fungi. In fact, it’s so effective that it’s often used in hospitals and other medical facilities like colloidal silver to help prevent the spread of infection. Due to its antimicrobial properties, silver is also a popular choice for use in skincare products. It can help to kill bacteria that can cause acne, skin irritation, and other skin problems.

In addition to its antimicrobial benefits, silver is also believed to have anti-inflammatory and antioxidant properties, which makes it a great choice for use in skin care products intended to help improve the appearance of skin damage caused by inflammation and aging.

In conclusion, silver can be found in nature in a variety of different places. It has many valuable uses and can be a beautiful addition to your jewelry collection.

Silver is a powerful natural element that has been used for centuries for its antimicrobial and healing properties. You can find silver in nature in many different forms, and it can be used to treat a variety of health conditions. In addition, silver is also used in many everyday items, such as water filters, bandages, and eyeglasses.